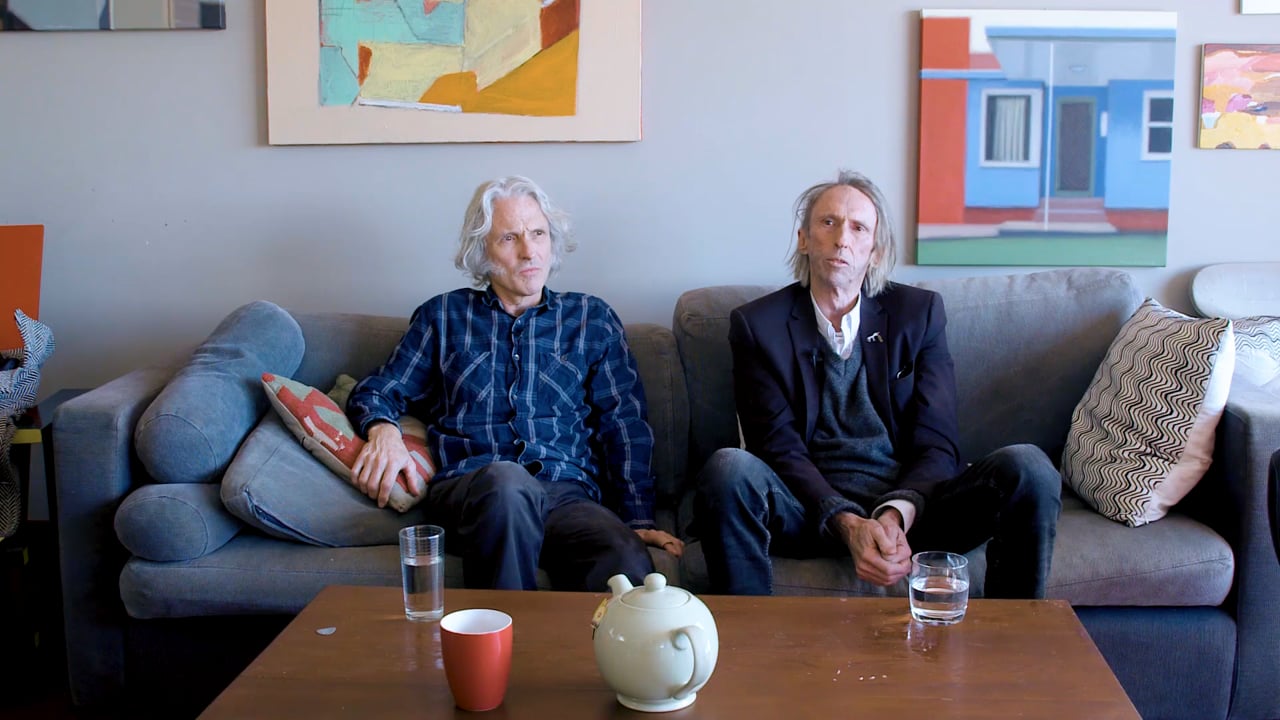 Brief:
Brothers Reg Mombassa and Pete O’Doherty were just two ordinary kids from NZ. Their memorable hits as legendary 80s band Mental As Anything characterized the decade, then their art took over, especially for Reg whose art was featured at the Sydney Olympics and on Mambo T-shirts. Afterglow told their story in an exhibition documentary airing with their vibrant artworks at Manly Art Gallery and Museum .

Solution:
Afterglow spent time with the brothers as they noodled on guitars and dabbled with oils and charcoals. Their art is often about the ridiculousness of life and this had to come through in the exhibition documentary which also relied heavily on their music to tell their story.

Result:
There was so much rich material to work with – rock ‘n’ roll videos, band posters, an avalanche of drawings and paintings – that writing and editing the film was a rare joy. The exhibition documentary screened at Octennial: Reg Mombassa & Pete O’Doherty Exhibition at the Manly Art Gallery to packed houses.