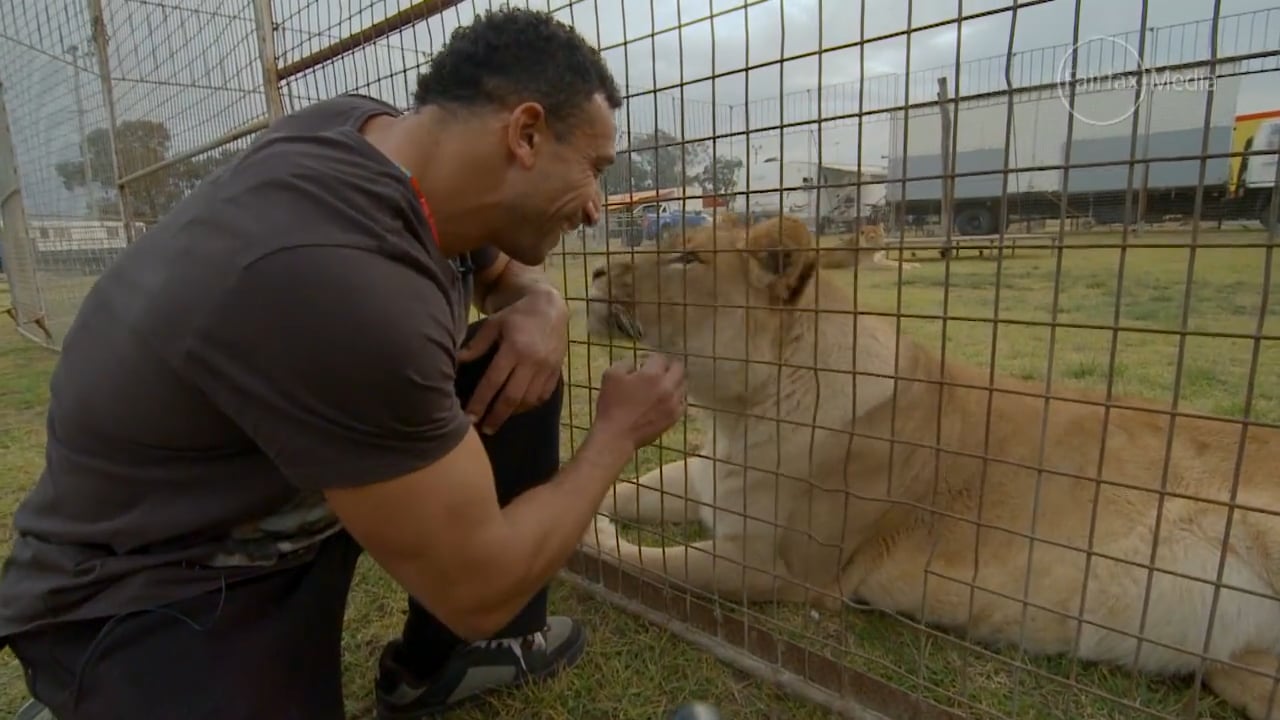 Brief:
After Libby the monkey went wondering in Tempe, Michael Power visited Lennon Bros Circus to find out more about one of the last remaining circuses to feature big cats.

Solution:
Georgie Lennon is the sixth generation of this circus family. Georgie says all the animals are like family and dreads the day when they may no longer be allowed to keep exotic species.

Result:
The lions, monkeys, camels, donkeys and dogs of the Lennon Bros Circus.